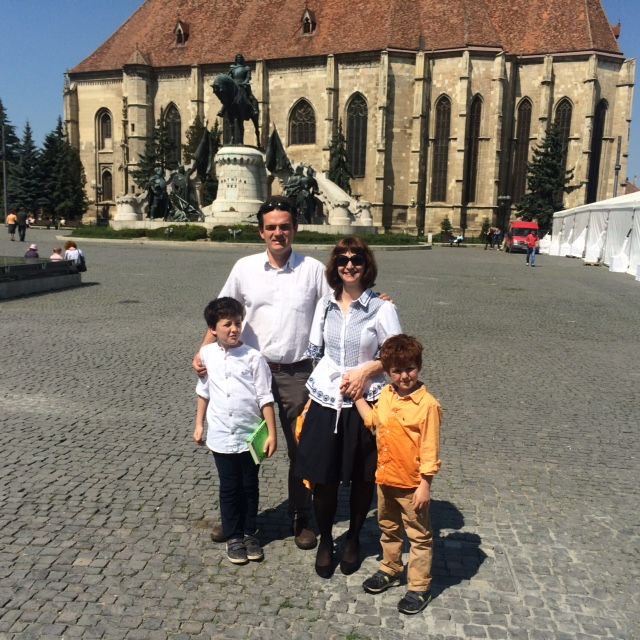 The History of Retro Hostel started in 2002, when Ina and Radu, two young graduates, decided that they don’t want to emmigrate as many colleagues of their generation did, but they want to try and achieve something in thier own country from which they were deeply attached. Passionate travellers, they found naturally the way to enhance the cultural potential of the region through the specific channels of tourism.

In this sense they developed in the historical centre of Cluj, a small hostel with only four rooms at the begining, equiped with kitchen and all utilities necessary for the travelers used to go around the world with their backpack and with a limited daily budget.

Why Retro? Firstly becuase they wanted the name of the hostel to show the connection with the historical place; then because they  searched for a word that has same resonance in Romania and not last because they are - at least as far as their musical preferences go - slightly retro!

Retro Hostel became "a home far away from home", as some old clients used to say, a location appreciated by numberous quality references and reviews on many several international tourist guidebooks, a meeting point for tourists from all over the world who are exploring Romania, and a frequent starting place for trips organized by the two founders, accredited as tour guides.

In the 18 years that passed, Retro Hostel has followed the path of natural development of the city, it has changed its structure according to the tourism challanges and thus reached a capacity of 16 rooms ( single, double, triple, quaduple), 2 kitchens for guests, a sauna, many bicycles for rent and of course an increasing number of interesting daily trips and tourist packages, some of them unique on the local tourist market.