Two days tour to the fanthastic painted monasteries in Bucovina

Two days tour to the fanthastic painted monasteries in Bucovina!

Why are these painted monasteries so special?

If we look back in time we see that the north-western region of present day Moldova - Bucovina region, has a long and interesting history. Being always considered a part of Moldova, Bucovina was annexed by the Austro- Hungarian empire in 1775 and it remained under the Habsburg influence until 1918, when the region had returned to the unified country of Romania. 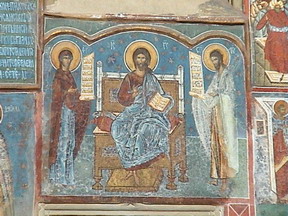 Erected at a time when Northern Moldavia was threatened by Turkish invaders, the painted monasteries were considered to be not only spiritual shelters but important locations for preserving the Romanian identity and the Orthodox belive. Many of them have miraculously survived centuries of war and weather. Nowdays, the painted churches of Bucovina are among the greatest artistic monuments in Europe, therefore in 1993 they were included on UNESCO's world heritage list.

Apart from the religious art and history, Bucovina is well worth visiting for it's festivals, folklore, pottery centers and pitoresque villages.

In order to cover the most important painted monasteries in Bucovina, Retro Travel agency is offering a comprehensive two days tour to Bucovina region, starting from Transylvania and returning, optionally through Bicaz gorge.

Tour information:
- duration - 2 days tour; flexible according to your wishes and tour alternatives;
- validity - thoughout the year;
- minimum persons required - 2.
- transport - the tour is planed to start from Cluj-Napoca, but on request, starting and returning can be a matter of change;

Prices excludes:
- all the drinks during the way;
- accommodation, all the meals during the tour;
- entrance tickets to all the visiting places;
- the optional returning via Bicaz gorge and the Red lake is considered to be extra charge;
- personal expenses;

The programs are flexible according to your time of departure, the weather conditions and nevertheless, your own proposal.